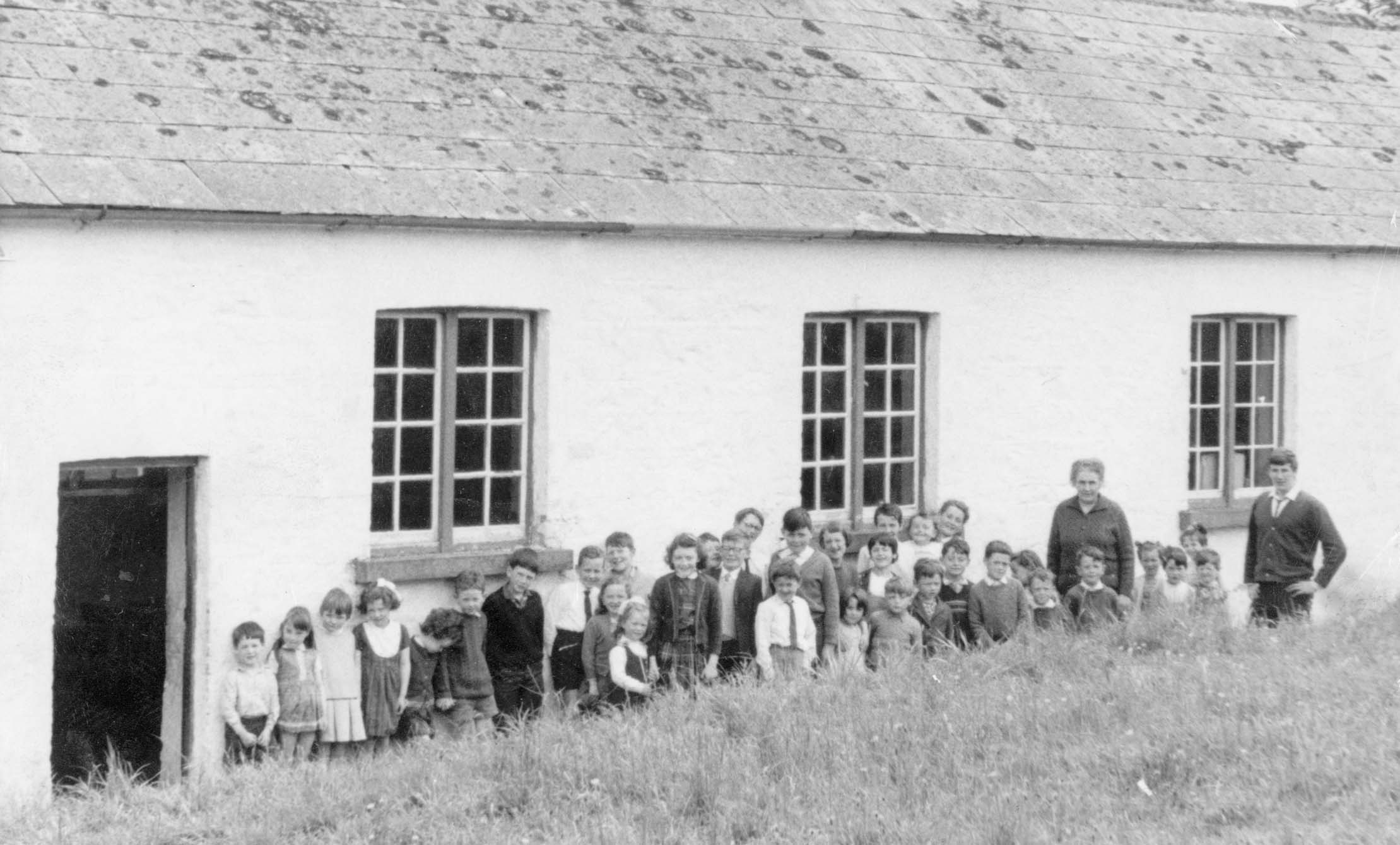 “There was no soap long ago. When washing their faces they used to steep oaten meal and rub it to their faces for scrubbing. They had no scrubbing brushes. They used a bundle of heather for sweeping. They called this a beesom. When this was wore the green heather fell off and what was left was made into a scrubbing brush”

The Schools Scheme of 1937-38 represented one of the greatest drives ever undertaken in the field of folklore collecting, during which almost 100,000 children, aged 11-14, in 5000 primary schools nationwide, were involved in seeking out and setting down for posterity material dealing with a wide range of Irish folk tradition. Tales and anecdotes, ghost and fairy stories, songs, ballads, rhymes and customs; beliefs and superstitions, charms and cures; are just some of the themes which are collected and resulted in The Schools Collection.

View “An Introduction to the Schools Manuscripts 1937/1938”, a booklet produced by our local studies department to give people a “feel” for Cavan folklore and prompt them to view the microfilms now housed in Johnston Central Library. It also provides a comprehensive listing of the microfilm reels in our collection classified by Parish and School.